Peacekeeping is a set of attempts carried out by the United Nations and other international actors to maintain international peace and security around the globe (Department of Peacekeeping Operations 2008, 17), which can also be explicated as an instrument of conflict prevention, management, and resolution (Findlay 2002, 4). This paper tends to analyze and compare three scientific articles by Cunliffe, Mac Ginty, and Reeves, and is guided by three questions on 1) how each author comprehends the peacekeeping notion, 2) the effects and author’s problematization, and 3) the author’s theoretical perspectives. 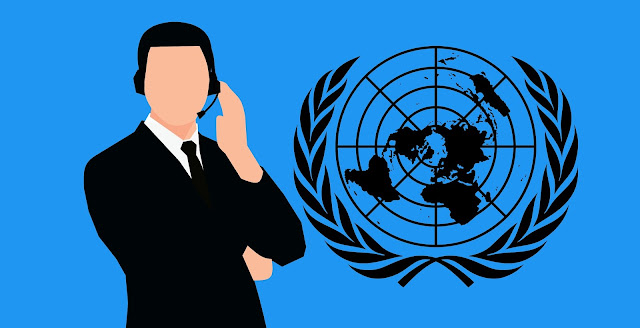 Cunliffe’s Paper
Cunliffe conducted a study to explore the arrangements of UN peacekeeping’s roles and responsibilities among member states, which emanates from imbalance power position between dominant and inferior states. Despite that the arena to produce decision-making is mutual by an opportunity to contribute, the facts submit that implementation of the decisions is at the expense of the inferior states who do not undertake that decision-making. Using Liberal Internationalism, supposedly, he considers that permanent powers on Security Council and Department of Peacekeeping Operations (DPKO) perform to determine the UN peacekeeping agenda, that is to provide a political space where diplomatic influence is at stake to negotiate the political interests and risks. As the wealthier and stronger states pose crucial power in the Council, the politically and financially weaker states gain some benefits of their involvement as the peacekeeping actors, at least not to be burdened by high operating costs to provide troops, materials, and logistics.

Further, peacekeeping governance has bifurcated strands which so-called ‘unacknowledged functions’. Firstly, while the dominant states act as a donor to fund the field operations, coincidently, they can leverage their national policy throughout direct influence and averse any potential political risks and impacts. Secondly, despite the peacekeeping policy is mainly controlled by the dominant states, and inferior states, mostly in the global south, play as the implementor of the decision per se, yet, they are dismissed from any finance peacekeeping contribution on behalf of cooperation to address collective problems. In summary, global peacekeeping governance remains a lack of efficiency and effectiveness as shown in the inequality of power and resource distribution, but it is still taken for granted to stand for the better national interests respectively with high flexibility.

Mac Ginty’s Paper
Mac Ginty addresses the lacuna of ‘stabilization’ term and concept which breaks throughout ‘peace’ term, as introduced and exalted in many places to simply understand peacemaking and peacebuilding activities. He speaks strongly that the logic of peace is different from the logic of control, wherein so far is often crisscrossed and overlapped, otherwise, both are hostile. The logic of peace falls into a holistic process of state-building and transformation that requires civility as social capital, such as local participation, local legitimacy, empowerment, and public consent, that is in the form of less, even none of military forces intervention. Rather, the logic of control – which is a parasite on a praxis of peace in society – relies on order and security involving excessive intervention of external elements, such as international financial institutions, in order to reinforce so-called ‘international order as a norm’. Stabilization is used to justify the military involvement in the sovereign conflicting-states in a defense of mitigating insecurity issues faced by international organizations and international financial institutions. At this point, peacebuilding and peacemaking are more inclined to be accomplished to comply with established international norm comprising a wide range of national interests of leading states that lies beneath peace propaganda.

However, I would argue that Mac Ginty employs Marxism perspective, by which he points out the importance of stability as the precondition of the more expansive and extensive political economy of the powerful states to widespread their ideas of peacekeeping and peacebuilding, by utilizing ideas of stabilization as they desire to define. By the same token, stabilization is more likely to serve the international market rather than to help to enable local people to independently create their political economy efficacy without any externalities intervention that limits the well-established natural peace among societies. In brief, the peacekeeping is pragmatic arrangements to securitize market interests by institutionalizing compliance to the foreign dictated programs and agenda, and by mobilizing military forces as the hidden reasons to realize economic and political missions.

Reeves’ Paper
Reeves examines the coalesced concepts between feminist knowledge and security governance by drawing on Foucaldian ideas of governmentality. She proposes two primary arguments. Firstly, gender mainstreaming in peacekeeping and peacebuilding programs is a consequence of the strong intersection between feminist discourse and governmental practical rationales, which she defined as simultaneous cooptation and empowerment process. Secondly, compound patterns and form of feminist knowledge then generate a normalization of existing and forthcoming identities as the basis of consideration for the military interventions through outreach population management. It is worth noting that she rejects that gender refers to women per se, thus she tries to redefine gender in peacekeeping political decisions and policies that have been long absent.

Allegedly, she employs Feminism perspective as the core approach, as she is at the centre of the debate between feminist discourse and neoliberal discourse to explain peacebuilding and peacemaking. Accordingly, peacekeeping is most likely to mainstream liberal governmentality in response to the gender knowledge, which in turn, the statistical information of the population remains critical to determine the ways and number of needed peacekeeping individuals in relation to gender compositions in the post-conflict societies. Despite that the peacekeeping is designed to accelerate the transition of the fragile states toward democratic and peaceful states, the study is close to being conclusive that gender discourse contributes to profoundly identify and decide the policies in peacekeeping operations given that the type of actors, level of impacts, and extent of treatments reasonably vary upon women, men, boys and girls.